Not all templates can push changes, and not all checklists or tests can have changes applied:

These limitations are handled automatically for you - the "Push Changes" button does not appear when viewing an account template, and checklists or tests created before 9/25/2019 or that have been structurally modified will automatically be excluded.

NOTE Excluded checklists or tests are still listed under the "Ineligible" group when reviewing the changes to be applied.

What Counts as Structural Modification

A checklist or test is considered "structurally modified" when:

Please note, only structural modifications prevent a checklist or test from receiving changes. A checklist or test that has answers, notes, attribute values, associated issues, and/or attached files can still receive changes. 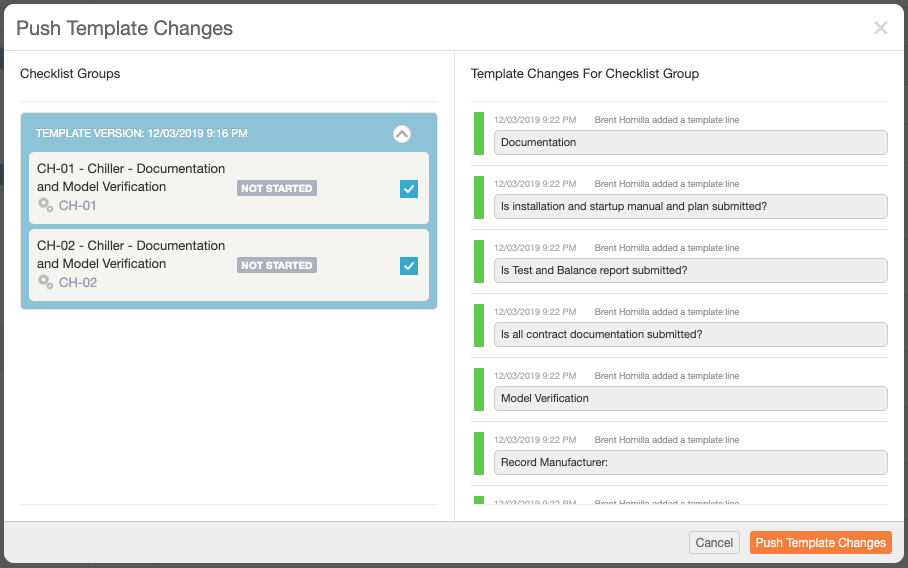 Click on each group to see the changes that will be applied to all the checklists or tests in that group.

Click the small disclosure button on the top right of each group to see a summary of that group - how many checklists or tests are included, how many are eligible, and how many are selected. 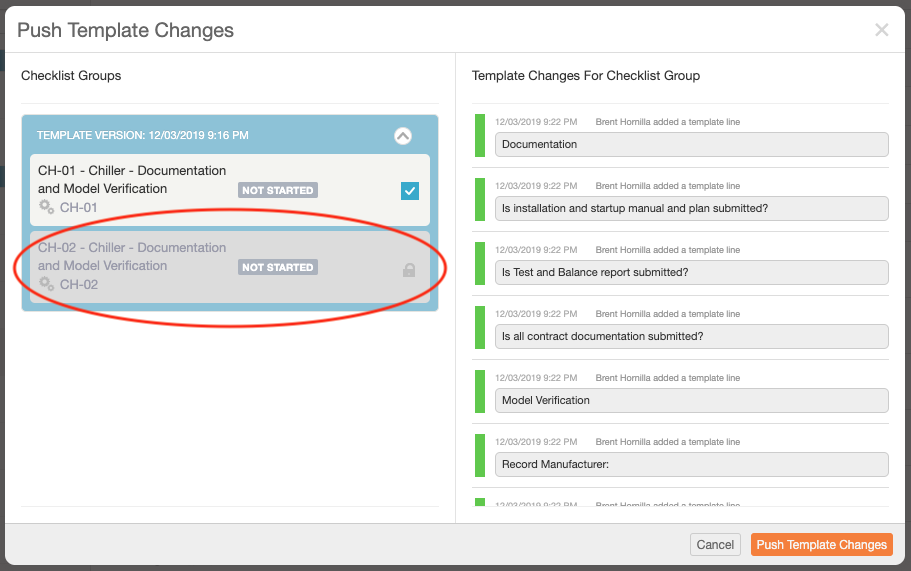 To accomplish the same thing, instead make new updates to the template to have its current state be what you want, then push changes.

Push Changes only takes into account the most recent attempt for each test. It is not possible to push changes to earlier attempts.